Jacqueline Balderrama is a fourth-generation Mexican-American poet and author of the chapbook, Nectar and Small (Finishing Line Press 2019). Her first full collection of poems, Now In Color, was recently awarded the 2020 Perugia Press Prize. She grew up in Southern California and has a BA from UC Riverside and a MFA from Arizona State University. While at ASU, she received Virginia G. Piper Center Fellowships for international writing residencies in Asia and was involved in the Letras Latinas literary initiative and the ASU Prison Education Program.

Balderrama currently lives in Salt Lake City where she is a PhD candidate in Creative Writing at the University of Utah and works as an administrative assistant helping to coordinate the Guest Writers Series and Authors in Schools outreach program. Her poems have received the 2013 Ina Coolbrith Memorial Poetry Prize, won a 2019 Intro Journal Award, and been published in Blackbird, Poet Lore and other journals. She serves as poetry editor for Iron City Magazine and has also volunteered by instructing poetry lessons for middle school students through the Wasatch Writers In the Schools Program. Over the past six years, she has been working to reduce her waste and be mindful of the impacts human activity has on the planet.

To inquire about scheduling me for a reading, virtual class visit or other involvement, please fill out the form below. Thank you. 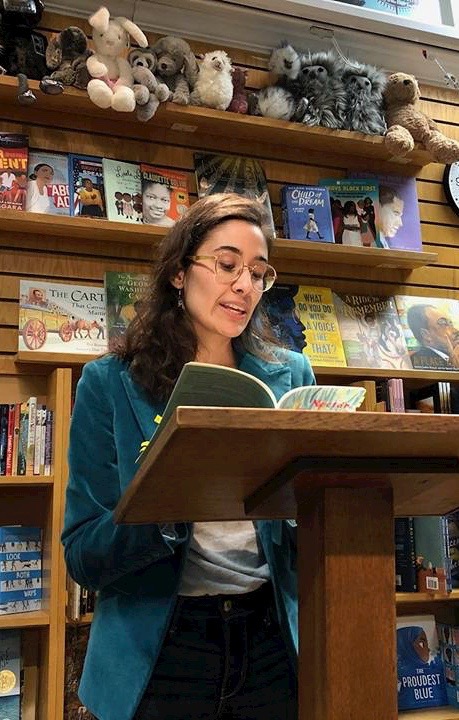